came to the Netherlands in 1982 on a “big adventure” having worked in the British publishing industry. It was never her intention to put down permanent roots. However, she immediately fell in love with both the country and the people.

Like a lot of people, Susan accidentally stumbled across the path that would lead to a successful career. After spending some time in Paris and gaining a Pitman Secretarial diploma which furnished her with numerous transferable life skills, she joined Avon Overseas Ltd, the European marketing arm of the US cosmetics firm, initially as a secretary in the creative department. Avon had an in-house team of European copy editors and - finding it difficult to recruit people with the necessary editing skills - Avon decided to hold an open competition. Susan entered, and the rest, as they say, is history. Naturally talented, she was offered a job as a UK brochure editor. As well as being given full training in editing, proofreading and print mark-up, she also became adept at liaising with the management and marketing professionals involved. Having discovered her vocation, it wasn’t long before she found herself working as an English copywriter for an international publisher in The Hague, where her primary role was to write book blurbs and brochure copy, as well as develop and implement promotion campaigns. 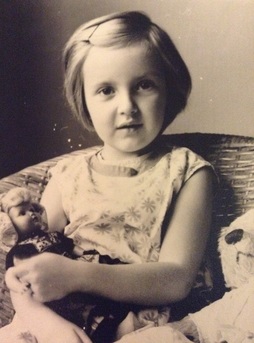 Head-hunted by a rival publisher to organize their presence at a major academic congress, Susan then found herself suddenly redundant, despite its success. It would have been easy to dwell on the negative, but instead she chose to view this a turning point in her career and take the opportunity to strike out alone.

In 1987 she set up Plain English to answer the international communication needs of Dutch businesses and organisations, and now more than thirty years later, her business is still evolving, but now rebranded under the new name of NATURAL ENGLISH. In that time she has built up an impressive portfolio of clients and at one time or another provided her services (directly or indirectly) to almost every well-known Dutch multinational.

Away from work, Susan’s passions are yoga and fitness. She relaxes by making abstract ceramic pieces.